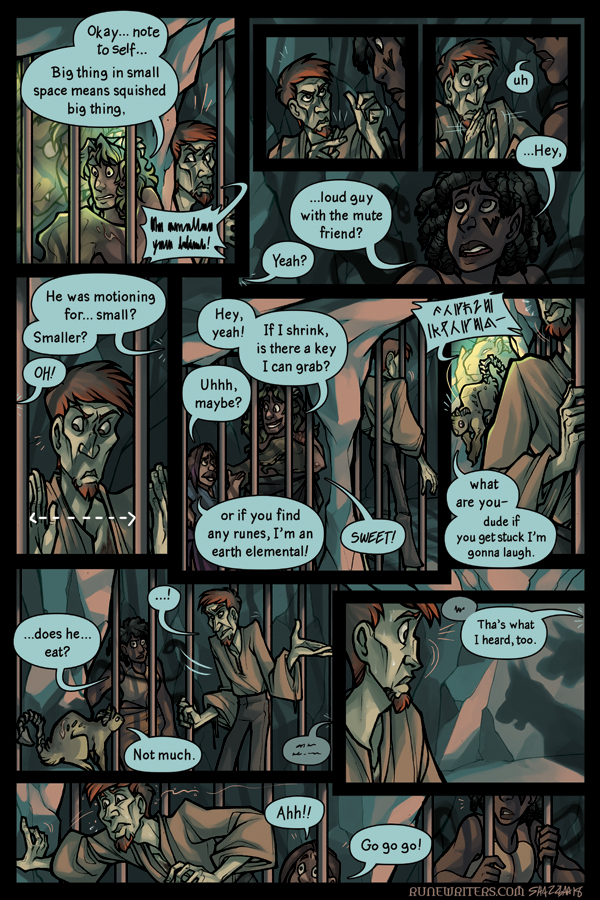 WELL OKAY I GUESS YOU CAN JUST DO THAT

There's a small and silly extra doodle if you vote!

SO A HEADS UP: I've got a bunch going on. Last weekend I was out of town. This weekend, my best friend is getting married!! It's very exciting! And then like a week after that grandmother's getting surgery that's supposed to help her vision a bunch and I'll need to be around while her eye's healing.
SO, in light of both my need to catch up on some comic stuff and EVERYTHING IN THE WORLD HAPPENING IN MAY, I'm gonna skip the next few weeks of updates: Runewriters will update again on JUNE 5th!! I know, thats so long!! I WANNA JUST KEEP MAKING PAGES NONSTOP but that is, a bad idea, so we're takin a bit of a break!

IN THE MEANTIME:
-Follow me on Twitter or Tumblr or join the RW discord (which I FINALLY added a link for in the Follow RW section up there!!) if u want to be alerted to colouring streams I'm gonna try to do in between updates!
- HeroesCon is coming up, and I'm planning to be there this year!!
-Patreon Q&A's and Patron-only streams should continue as normal, and I've got some concept stuff to share with the behind the scenes folks too. If you haven't checked out the patreon yet, you should take a look!!


Vote Incentive for This Comic.