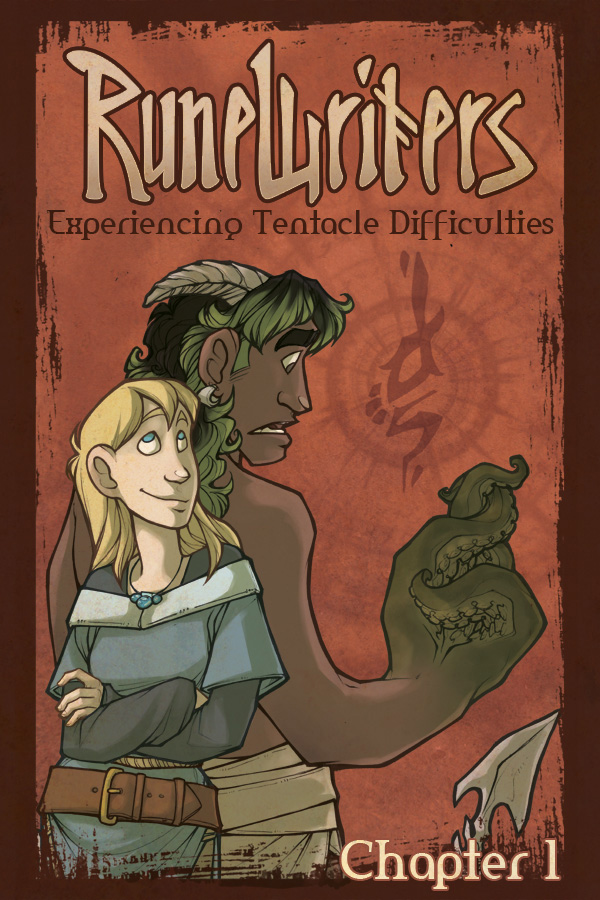 EDIT: Hey, thought I'd update with my progress! This is what it looks like now. Still fiddling a little -- if you want to see what I'm fiddling with, or what it looked like before, you can vote to see! /EDIT

Hey guys! As those of you who read TNH know, the last page was, um, unexpectedly epic! @u@ And took up most of my Runewritering time. But I have been working on a cover for printed copies of Chapter 1 (which I am hoping to have at conventions this summer!) so I thought I would let you have a peak at it! Right now I am just fiddling with sticking colours on it.

Secondly, OMG WELCOME to everyone who came to visit from io9! I'm super super grateful to Lauren Davis for such a kind review, and I hope those of you who stopped in got a kick out of the comic so far!

The update schedule around here is once a week, AT SOME POINT on Monday (not necessarily midnight) but now that I'm not doing two webcomics, those updates should be way more on the dot. :3

P.S., while I'm at it, I'm planning to be at some conventions this year! If you're gonna be at HEROES CON, OTAKON, or SAN DIEGO COMIC CON, you should stop by and say hi!

Vote Incentive for This Comic.