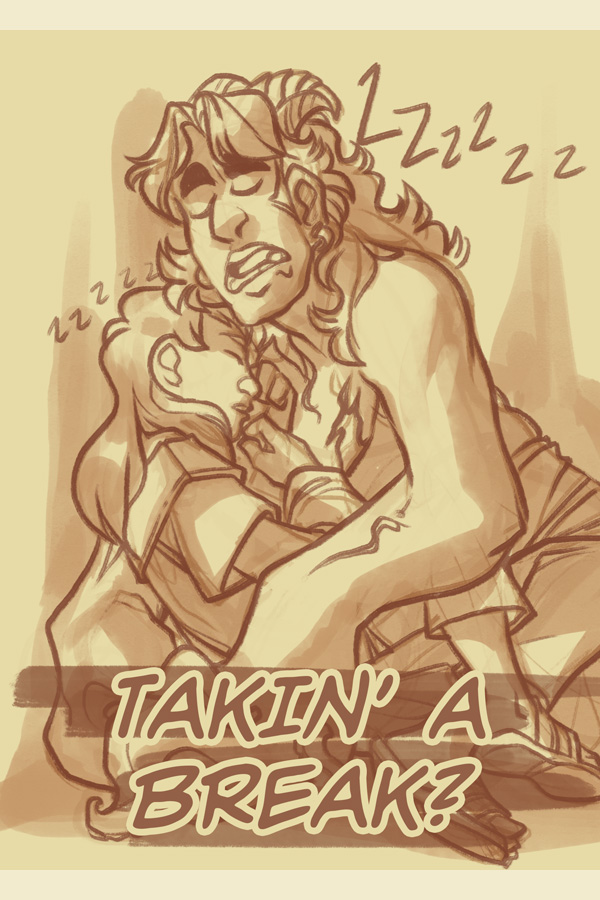 An Update, Some Uncertainty

So, here's the deal.

The original plan was to update on Patreon, and once I'd built up enough pages to post over here, to kinda do a chunk of pages, a full scene, so that despite the wait it could feel like a satisfying amount of content.

But while taking the time to go slower gave me the freedom to draw other things and help me recharge a lot, I found myself dreading the pages themselves. I've definitely had times with this comic where I had to kinda push through feeling uninspired or not being up to drawing. But... I've always been excited to bring the finished thing into being in the end. Lately, not so much; it's felt like slogging through a chore just to get it done.

Runewriters is super important to me, and Lord willing, it's a story I really wanna tell! But like, I'm making this thing because I love it, and I want it to have love and joy in it.

So what's going on? Things are a lil rough sometimes but I'm not Super Busy outside of RW and patreon -- is it burnout? Do I need to step away? To build up a buffer? Do I need to fix something in the script? Do I need another hiatus? Do I need to work out Real Life Stuff first? I don't wanna keep everybody in the dark while I figure out what I'm doing, but it's a lot to think through!

SO FOR NOW: I think I'm gonna take, like, a month, to get sorted. In February, start of February, I'll come in and let you guys know whether or not the Shazz saw her shadow and what my actual plan for RW is. THE PLAN MIGHT BE A HIATUS. But whatever it is, it'll be whatever I think will make me most able to actually make a good comic. ;u;

And... thank you to everyone for your kind words and support while the schedule has been weird. ;u; I know it's always a scary thing when webcomics go on long breaks, and even though there's a lot of uncertainty right now I'm gonna try my best to keep you guys posted!!